Australia is burning out of control destroying millions of animals and leaving so many homeless… What happened and what you can do to help.

Australia is burning out of control destroying millions of animals and leaving so many homeless… What happened and what you can do to help. 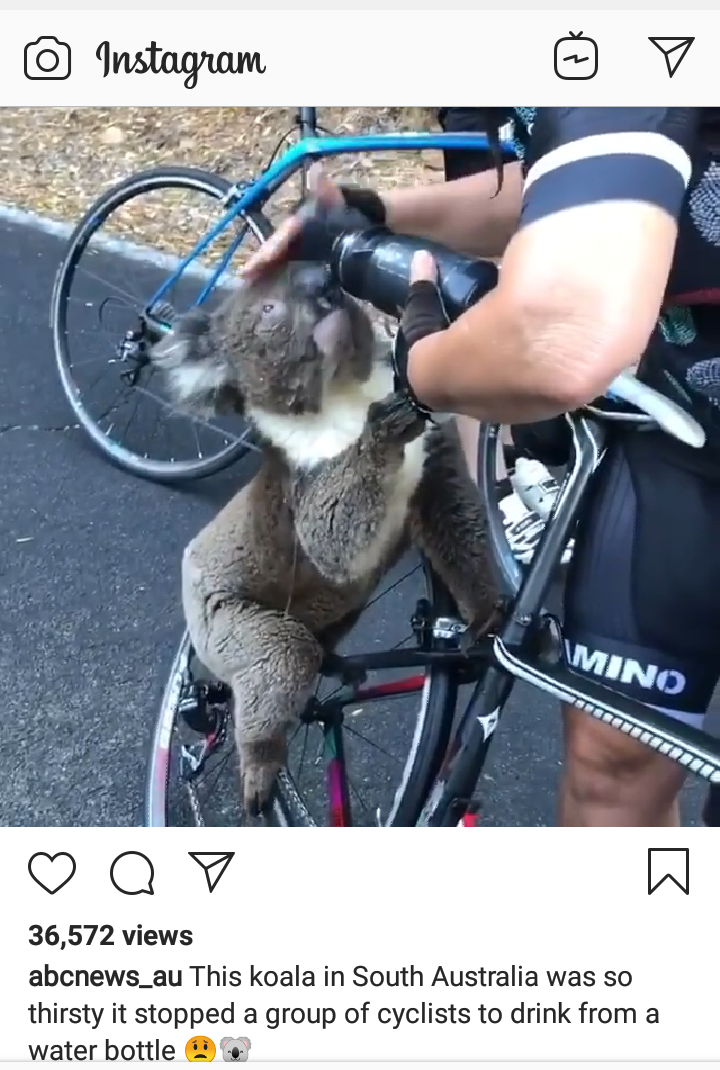 In the picture a tired, thirsty koala takes a drink from a passing biker. (Instagram post abcnews_au)
Australia Bushfires that started in early September have raged out of control due to extremely high temperatures and strong winds.  130 fires still burn, 60 of them yet to be contained. This has become so painful to watch.

Firefighters that have been working tirelessly need help.  The United States have sent  firefighters to Australia to assist in battling these blazes across New South Wales, as well as give some of these firefighters working endlessly a much needed rest.

We know all too well about wildfires especially here in California.  According to Associated Press the Bushfires in Australia have already burned an estimated 12.35 million acres of land, compared to our California wildfires of 2018 burning an 8.5 million.

Australia with all of its beautiful wildlife have been severely affected by these fires as they continue to destroy its animal population with an estimated loss of already 480 million animals.

Rescues and wildlife organizations try desperately to save them.  The Irwins family (of the late Steve Irwin),  known for their love of animals have already treated 90000 animals saved from the fires.

Many people have lost their homes as the fires spread through New South Wales and Victoria.  Over 1000 people were forced to take refuge on coastal beaches, being rescued by Navy ships.

So much pain and devastation….
How you can help…..

**RSPCA Royal Society for the Prevention of Cruelty to Animals.