The Amazon Rainforest has been on fire for three weeks!  What do we need to know….

The Amazon Rainforest has been on fire for three weeks!  What do we need to know…. 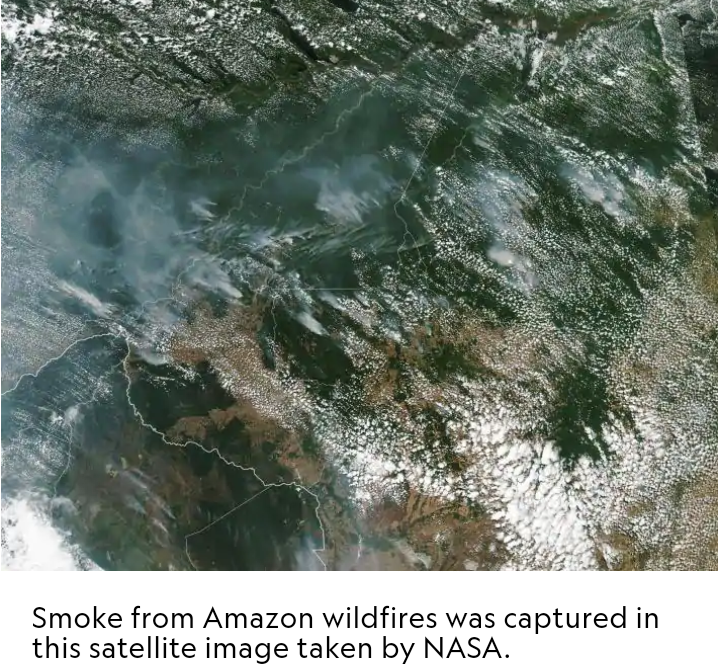 Social media has been fluttered with pictures and anger about fires burning in the Amazon Rainforest.  How did it start? What is happening to stop it? What can we do to help?

The Rainforest and all its wildlife is in danger and has been for some time.

There has been a rapid fire increase, and everyone’s wondering who is to blame? Reports say humans are…..  With increased deforestation.

Fires are created each year to make room for cattle, farming, and illegal loggers.  And this has been going on for years.  Right now
according to Reuters.
“There has been an 83% increase in fires this year over the same period in 2018”,
Increased fires in the areas of  the Amazonas, Rondônia, Mato Grosso and Para.  Fire season in the Amazon is July through October. As of right now, the fires in these areas have been burning for three weeks, with Brazil declaring this a state of emergency. Why should we be concerned?  The Amazon Forest  is considered to be “The lungs of our planet” responsible for 20% of the worlds oxygen, and it is in danger.  Each year we lose more of the rainforest, an ecosystem that absorbs millions of tons of carbon emissions every year.  With fewer rainforests comes less rain, less oxygen for us to breathe, an increased threat to our planet, and risk of extinction for so many plants and animals.

Some blame Brazil’s new president for the increase in deforestation, saying he is in “favor of development over conservation”
What can be done to help save the Rainforest?  Let your voice be heard, help raise awareness on social media,
donate to reputable organizations, get the facts.
Cut back on the use of wood, paper, and avoid foods with palm oil all of which increase the demand for deforestation.
Support recycled paper and reclaimed wood.

Many small voices together, are loud enough to be heard.

Brazilian Military arrives to help fight fires along with US Global SuperTanker ????