The Rise In Deaths At Santa Anita Are Inexcusable.

The Rise In Deaths At Santa Anita Are Inexcusable. 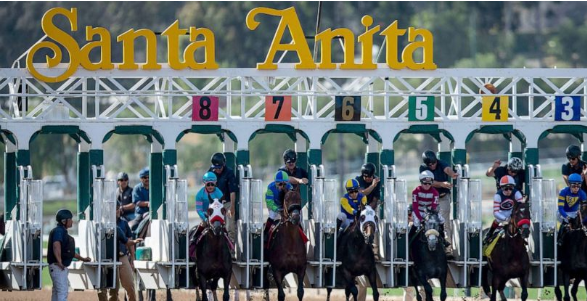 Twenty three deaths from December to March of thoroughbreds, how could this happen?

Arms Runner makes 23 deaths as of March.  A 5-year-old horse who won his last race at the park on Jan. 27.  Suffering a severe injury to his right front leg that ended up being fatal.

This has been horribly sad news for everyone… Trainers, handlers, spectators, as well as animal lovers everywhere.

The Stronach Group, which owns Santa Anita, announced that it will be banning race-day medication and introducing several new regulations… a great start. As with many sports, I think people can get a little greedy and sometimes do things to get that extra edge.  I sure hope that’s not the case here.  And lets be fair, there are other things that could have a part in this too, such as turf and all of our California rain.

But it does seem as though everyone cares enough to look into the matter, and are doing their best to protect the horses from further injuries and fatalities.  New rules, regulations, and investigations will put a firm grip on what’s going on, and hopefully bring it out into light. This will not only protect the horses, but the jockeys as well.  We all know the dangers of a falling horse, especially one that’s racing.

According to ABC news,  a “task force” is set to investigate and “determine whether unlawful conduct affected the horses’ welfare”

Very sad, there’s nothing anyone can do to bring them back. But good to know the right people seem to be getting involved. Hopefully some good will come out of this.