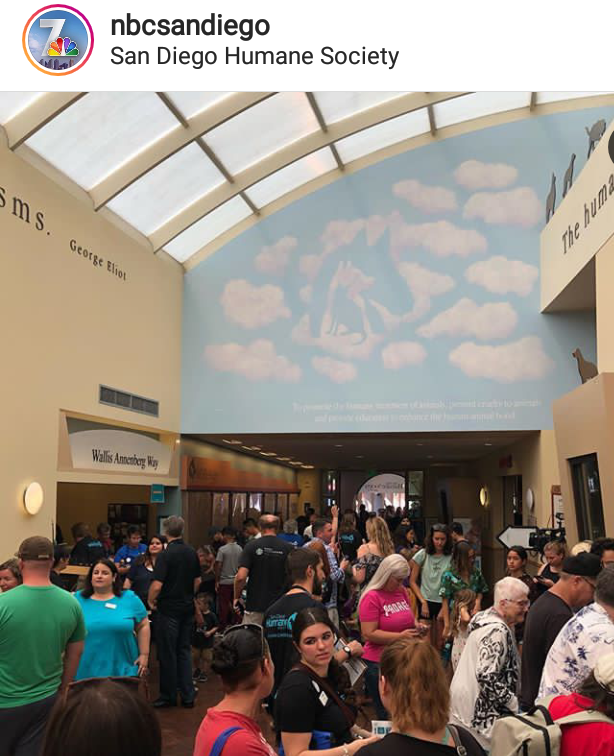 Clear The Shelters, an annual event August 17th brought by NBC 7 and Telemundo 20 had many San Diegans showing up, finding homes for so many wonderful pets.

According to NBC San Diego
“By 3 p.m., nearly 800 pets had been adopted at the nine participating shelters across the county.”

And by the following day via Twitter announced that 3,330 shelter pets were welcomed into new homes throughout San Diego.  An amazing show of love and support!!